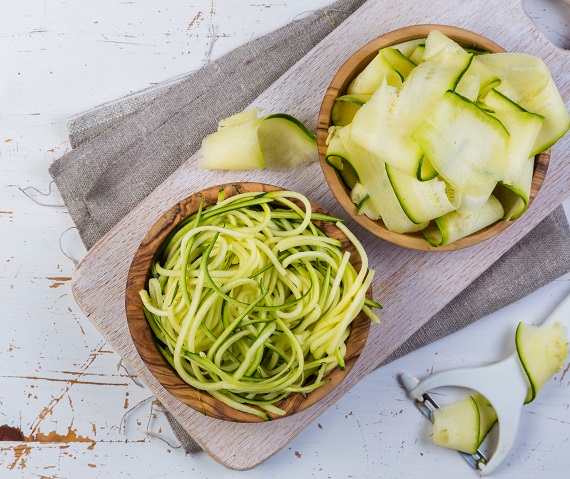 Although not typically associated with British cuisine they are incredibly easy to grow in the UK climate. June is a great month for courgettes as generally the temperatures are good enough for either sowing, planting or harvesting. Once you have a successful plant, picking the courgettes regularly when they are small can extend the time frame within which the plant flowers.

Fun fact: courgettes are part of the same family as cucumbers!

When preparing courgettes there is no need to peel them as otherwise they can disintegrate quite quickly, plus most of their fibre is contained within the skin. They have become more popular ever since the idea of spirilizing fruits and vegetables came about, as courgettes are fairly sturdy when raw, and once spirilized can be eaten raw or cooked.

They can be boiled, however it boiling can make them soggy and does not bring out their flavour, additionally boiling will mean some of the vegetables water-soluble vitamins (B vitamins and vitamin C) are lost to the cooking water. Frying, sautéing or roasting has them at their best.

Micronutrient-wise courgettes are a great source of the mineral potassium and vitamins A, C and B9 (which is more commonly known as folate). An 80g serving, which is equivalent to one of your 5 a day, contains 21% of an adults daily reference value of folate. 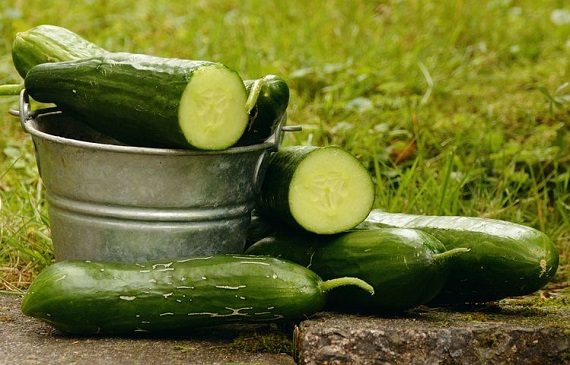 A popular salad vegetable that is full of water, so much so that 96.5% of a cucumber is water, making it a really refreshing addition to a snack or meal.

To grow cucumbers at home they can’t really be planted outside until late May/early June as the temperature is typically too low for them, and even then it is best to cover the ground with a cloche to protect the plants. Your plants will then produce plentiful cucumbers across the months of July – October, perfect for them to play their part in summery salads such as tabbouleh.

When it comes to nutrition, because cucumbers are so water dense, they have a measly 11kcals per 80 serving, therefore if having them as a snack try them with mint yogurt or any variety of hummus.

Cucumber inspiration: Chop up cucumber and mint and mix with iced water to make a deliciously refreshing water alternative. 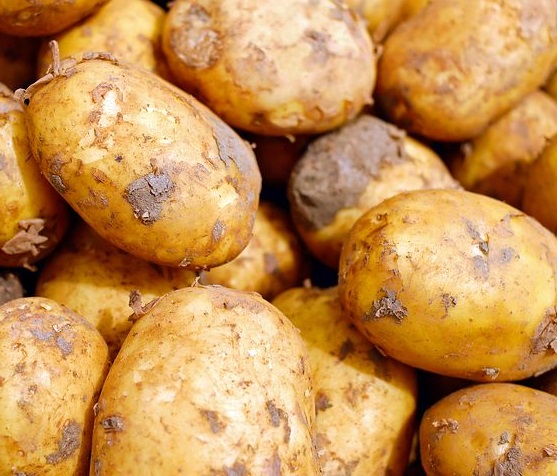 The humble potato is most probably thought to always be in season because of its popularity in the majority of cuisines across the world, however as with most fruit and veg there is a certain time within the year when potatoes grow at their best, without being in a temperature controlled environment.

March – May is the best time to plant potatoes outside, whereby they will have been started off indoors at the very beginning of the year and allowed time to sprout, it is once they have sprouted and have shoots that are around 3cm long that they can be planted outdoors. It is important that potatoes are not exposed to light whilst they are growing, they need to remain well covered by the soil, otherwise sunlight will turn any exposed part of a potato green making it unsuitable for human consumption.

There are two typical classifications of potatoes, earlies or maincrops. Earlies are those that can be harvested much sooner post planting as they are much smaller and are often labelled as ‘new potatoes’, they have a lower yield than maincrops which are your larger potatoes, however are ready for harvest earlier on as they require less time to reach their desired size.

Recipe tip: our recipe for Patatas a la Pobre is simple yet delicious, it is a great side dish that incorporates roasted red onions and peppers too, although any roasting veg will accompany the potatoes perfectly. 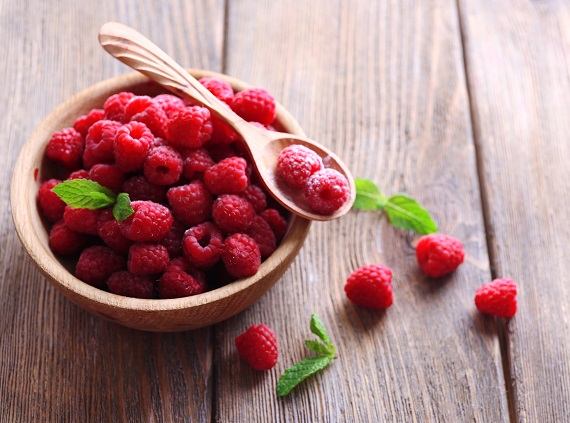 One interesting raspberry growing fact is that they ideally need to be planted in rows that run north to south, as this ensures that the plants do not shade each other throughout the day. They also grow best away from the wind, this is because some varieties have long branches and if they’re growing in the wind then these branches can easily be broken off.

You can buy raspberry plants that fruit in either summer or autumn, the latter producing berries ready in late August – October. Unusually they can be planted in November through to March, however you still have to be mindful of the condition of the soil, it can’t be frozen or waterlogged as these plants need well-drained, fertile soil.

Raspberries are an incredibly delicate fruit, which is why you’ll notice a layer of cushioning at the bottom of the punnets they are sold in. Because of this they are often best enjoyed as they are, however as a serving suggestion they add the perfect sweetness to a pot of natural yogurt and as with any fruit or vegetable, 80g is one of your 5 a day.

Nutrition fact: 80g of raspberries provides 26mg of vitamin C which is a third of your recommended daily amount of vitamin C!

What's best to eat in June?

Nothing tastes better than eating in season. Find out what's at its best in June

What's best to eat in August?

Nothing tastes better than eating in season. Find out what's at its best in August